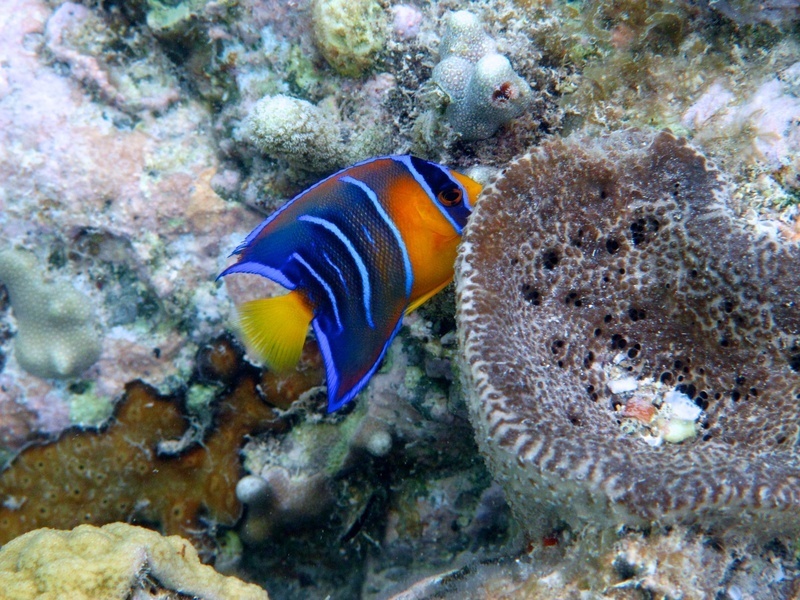 We saw this brightly colored fish, one that we hadn't seen before, while snorkeling in Little Lameshur Bay on the south coast of St. John. I followed this fish around trying to get a good profile shot of the fish. This was one of about 10 shots I took that shows the bight colors. The predominantly blue with yellow tail and blue stripes is a juvenile of the Queen angelfish; filmed June 17, 2013.

The larger, predominantly green angelfish above is the adult Queen angelfish (Holacanthus ciliaris); filmed May 29, 2012. There are a number of different adult forms ranging from mostly yellow to blue to the green forms.