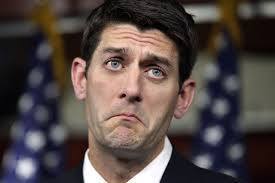 Why is Paul Ryan so excited? He says the proposed Trumpcare health care legislation is "de-federalizing an entitlement, block granting it back to the states, and capping its growth rate." True enough.

But ... and it is a big but ... this bill cuts benefits to poor people through Medicaid more dramatically than those benefits have ever been cut before. The Congressional Budget Office (a non-partisan group) estimates that 26,000,000 people (kids, seniors, poor single mothers, people with disabilities) will lose their insurance under this ill-conceived plan.

Remember that the So-called President Trump promised that no one would lose their coverage. Turns out that was a lie.

And why is this House Twit Ryan so excited about throwing poor people under the bus so he can crow about it? I say let's buy 20 cruise missiles each year going forward. That will save enough money to pay for the Draconian cuts to benefits to poor people Ryan proposes.

This clown isn't a budget genius, he is instead, as my father used to say, a dunderhead. Look it up; Google can be your friend.

Donald Trump bungled his first operation as Commander-in-Chief. Trump ordered the raid without “sufficient intelligence, ground support or adequate backup preparations,” according to a Reuters report.

The latest hilarious post by Andy Horowitz. Hey "right wing." This is fake news. Andy even tells you "Not the News." But hilarious nonetheless. Read this and others at The New Yorker.

Bill Gates met with Donald Trump and was impressed. Bill seemed impressed because he said Trump was interested in innovation. Then he compared him to JFK.

JFK? Seriously? JFK was well-read, well-educated, and could write more than one sentence at a time. I tell ya. It's true. Very, very true.

Gates is one of the largest funders of privatization of education. He must be head-over-heels over Trump's pick for Secretary of Education Betsy DeVos. Neither he nor Betsy have any experience in education. Except to spend millions to privatize education across the nation.

Makes want to tear my hair, no, my copy of Microsoft Word out of my computer.

Garrison Keillor has written a number of columns about and to Donald Trump. Here is a particularly sharp one published last August in the Chicago Tribune. 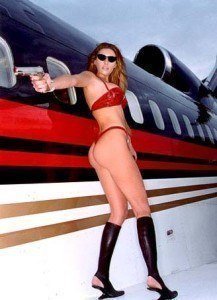